There has been long a Greek complexion to parts of Surry Hills. You may read something about it in this debate from the NSW Parliament. As John Ryan tells it there:

There has been a Greek Orthodox community in Sydney since 1820 when a monk practised the divine liturgy at Kirribilli Point for several months. The first priest to serve the needs of the Greek Orthodox in Sydney and Melbourne arrived in 1896, and the first Greek Orthodox Church was opened in May 1898 at Surry Hills in New South Wales and was dedicated to the Holy Trinity. For most of the time the archdiocese of Australia also included New Zealand, but the two separated in January 1970. Four years later, on 13 February 1974, His Eminence Archbishop Stylianos was appointed as Archbishop of Australia from other work in Greece, and he arrived in Australia in April 1975. 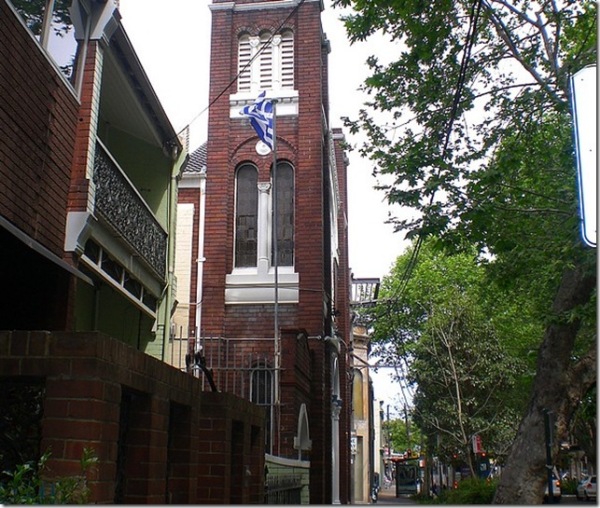 The Australian Greek Orthodox Church was established 110 years ago when the Church of the Holy Trinity was consecrated in Bourke Street, Surry Hills in May 1898. 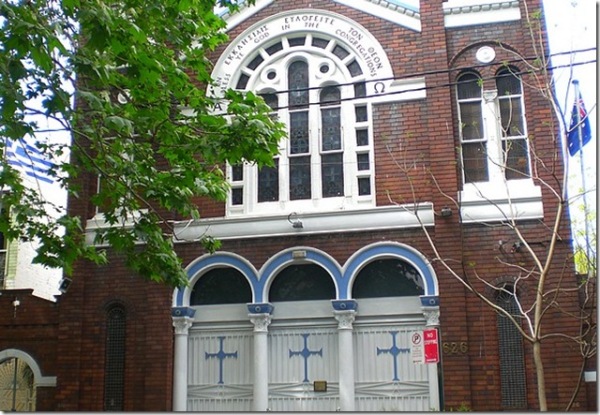