When I was teaching photography at Wollongong High three decades ago I had the luxury of triple periods for the subject, so in between theory and practical lessons we would sometimes simply wander off  into Fairy Meadow and North Wollongong, just looking — and taking pictures. What we were looking for was light, as well as subjects to photograph. In fact photography is mostly about light. The word means “drawing with light” after all. Keep that in mind when you look at the next few sets here.

Some twelve years back I had a hernia operation which went just slightly wrong, so for a while I didn’t get about much. When finally I did, I made M question my sanity, as I came in burbling “It’s so beautiful!” I had been drinking in such things as the light in the trees, or down some alley, but had no camera then…

My walk this afternoon was just in this small part of Surry Hills. Locals can guess where each picture was taken; for the rest of you it doesn’t matter all that much. 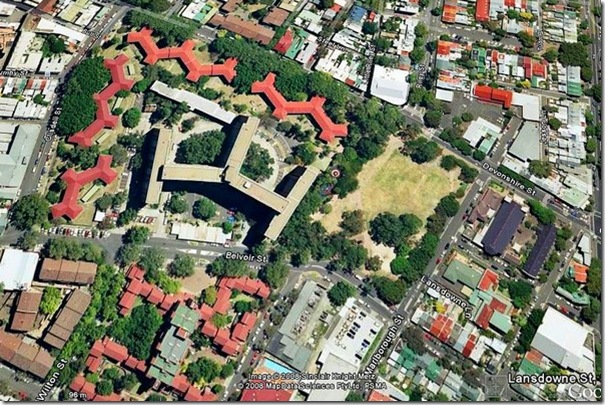 Enjoy the five pics over the fold. They are about light, remember. I was didactic enough in the previous post… 😉

END_OF_DOCUMENT_TOKEN_TO_BE_REPLACED

I took this from Prince Alfred Park yesterday:

That’s in Chalmers Street, Surry Hills. I am not sure what the story is, but it would appear someone wouldn’t sell… And then I began thinking about change. Certainly much of old Surry Hills has gone the way of all developers, but on the other hand thanks in part to some left wing trade unionists, among others, in the 1970s much of the inner city escaped. But change cannot be avoided. Consider the Cadigal, for example. 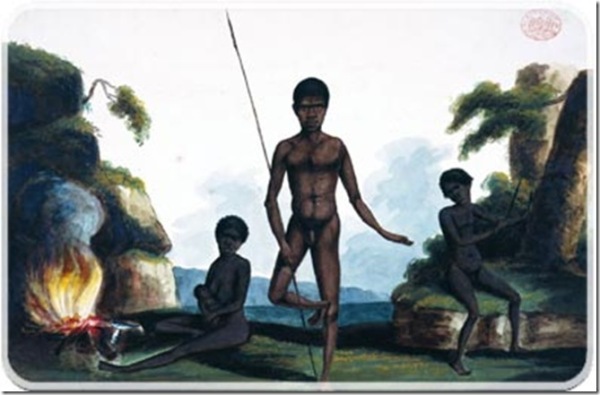 END_OF_DOCUMENT_TOKEN_TO_BE_REPLACED

From Elizabeth Street down to Central Station are yet more chances for a coffee. By the way, I think the best coffee is at the Juice & Java, seen in the last post. But they are all pretty good, and one of the most pleasant to sit in is the back courtyard area in The Gallery Cafe — if it is not too crowded with actors or advertising people or Union officials or other local workers.

END_OF_DOCUMENT_TOKEN_TO_BE_REPLACED

People in Surry Hills love their coffee, it seems…

The Juice & Java, with The Plant (a Rabbit/Flower Power gift) still in place…

END_OF_DOCUMENT_TOKEN_TO_BE_REPLACED

Far more Redfern people live like this, here or over towards the east in Waterloo, than live on the famous Block, and that includes many Indigenous Australians…

END_OF_DOCUMENT_TOKEN_TO_BE_REPLACED

This is the second-last of the set from my walk yesterday. I mentioned I lived in George Street for a year. It has changed, especially on the other side of the road, with quite a bit of new development and some more in train, but what I have concentrated on are the things that have not changed much since 1990-1991 when M and I lived here.

END_OF_DOCUMENT_TOKEN_TO_BE_REPLACED

When I arrived at Bar Cleveland, which is arguably in Redfern, first thing I saw was a bus in trouble. Soon after I took this photo the bus, having dropped off all its passengers, turned into Bourke Street, presumably to go to the depot… 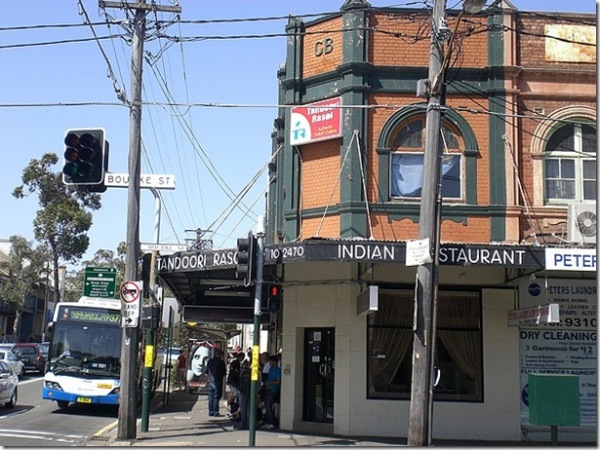 So I went in to meet Sirdan…